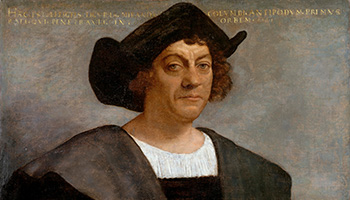 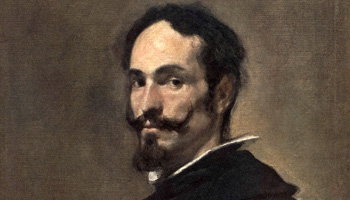 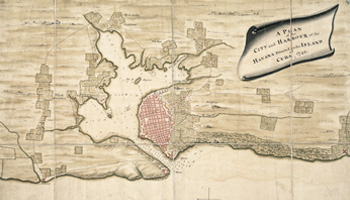 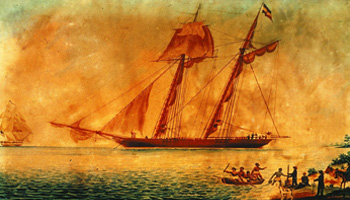 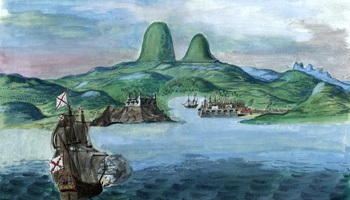 Construction of El Morro Castle, built by the Spanish, at an entrance to Havana harbor begins.

Located in the Vedado district of Havana, the University of Havana or “Universidad de La Habana” was founded on January 5, 1728 as the oldest in Cuba, and one of the first to be founded in the Americas. 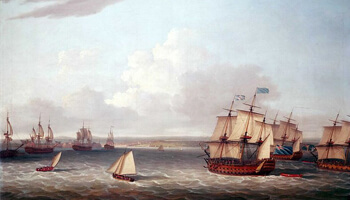 August 11
British attack Havana and take control of Cuba as part of the Seven Years’ War.

The British cede Cuba to Spain in the Treaty of Paris. 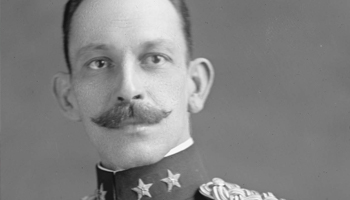 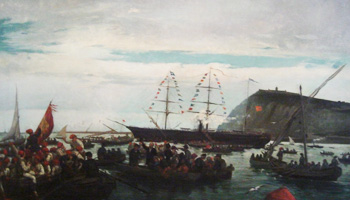 October 10
The Ten Years’ War begins and was part of Cuba’s fight for independence from Spain.

October 7
Slavery was abolished and made illegal by royal decree in Cuba.

May 19
José Martí was shot and killed in battle against Spanish troops at the Battle of Dos Ríos.

April 20
The Spanish–American War between Spain and the United States begins with the US blaming Spain for an explosion aboard the USS Maine in Havana harbor in Cuba. The US defeats Spain, the Treaty of Paris is signed and Spain cedes Cuba to the US. 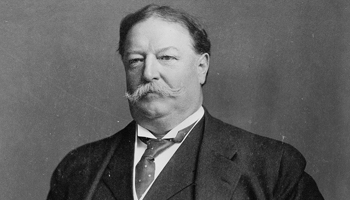 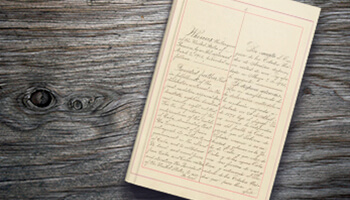 United States passes the Platt Amendment, as part of the 1901 Army Appropriations Bill,  stating the conditions for the withdrawal of the US troops in Cuba from the Spanish-American War.

Cuba and United States sign lease granting use of Guantanamo Bay Naval Base in Cuba.

A new lease is signed in Havana for Guantanamo Bay.  The United States will pay about $2000 per year for the lease. 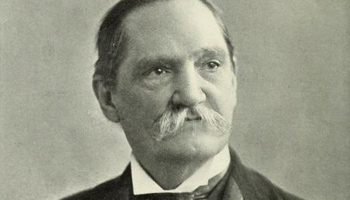 September
US begins the Second Occupation of Cuba. 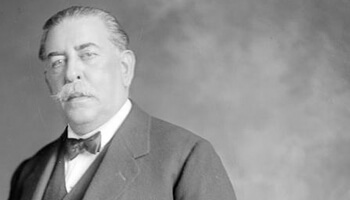 February
US ends the Second Occupation of Cuba.

US Returns to Cuba

US returns to Cuba to put down Afro-Cuban rebellion.

Cuba enters World War I on the side of the Allies. 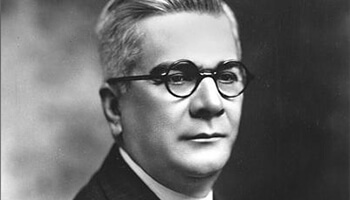 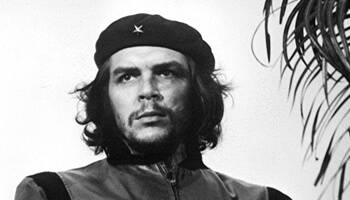 Machado overthrown in a coup led by Fulgencio Batista.

US Signs Perpetual Lease for GTMO 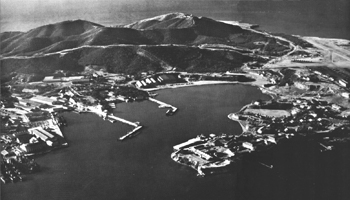 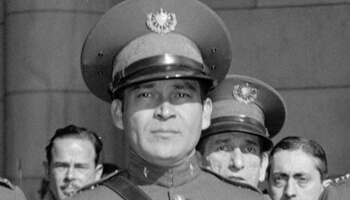 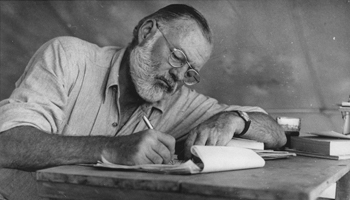 Ernest Hemingway purchases a home in Cuba where he lives for the next 20 years.

Batista seizes power again and suspends the 1940 Constitution. Batista is a United States backed dictator from 1952-1959.

July 26
Fidel Castro and brother Raul leads an unsuccessful revolt against Batista on the Moncada barracks in Santiago de Cuba.

October 16
Fidel Castro gives his four-hour “History Will Absolve Me” speech during his trial for the charges brought against him for the attack in Santiago de Cuba.

May 1
Batista issues an amnesty that frees Castro and others members from prison.

June 1
Fidel Castro and his brother Raul are introduced to Che Guevara in Mexico City.

March 13
An anti-communist University student group charged the Presidential Palace in Havana to assassinate Cuban dictator, Batista. The attack was unsuccessful and 50 students were killed.

US Withdraws Aid to Batista 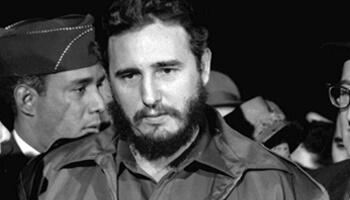 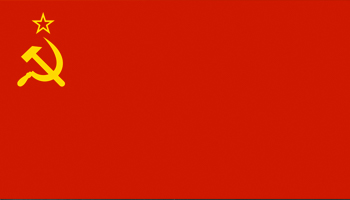 August 6
All US businesses and commercial property in Cuba are nationalized with no compensation by the Cuban government.

October 19
The United States embargoes all exports to Cuba except food and medical supplies.

March 1
Castro proclaims Cuba a communist state and allies with USSR. Castro announces he is a Socialist.

US Ends Relations with Cuba

March 27
US breaks off all diplomatic relations with Havana. 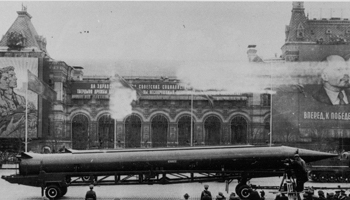 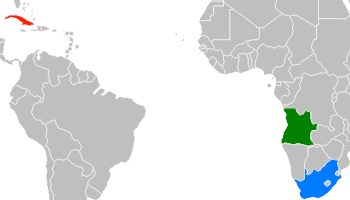 Cuba begins sending troops to Africa to assist in revolutions.

Castro Speaks During Visit to Nicaragua

Castro makes the following statement in a speech in Nicaragua:  “In our country we have a military base against the will of our people.  It has been there throughout the twenty-six years of the revolution, and it is being occupied by force.” 3 4

In an interview with Soviet journalists, US President Ronald Reagan affirms that the purpose of the Guantanamo Naval Base is political to impose the US presence, even if the Cubans don’t want it. 3 4 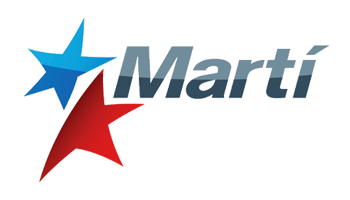 September
President Fidel Castro announces Cuba had entered a “Special Period” with reduced levels of import from the Soviet Union due to it’s economic collapse.

August 19
The United Nations General Assembly passes a resolution condemning the ongoing impact of the US embargo and declaring it in violation of the Charter of the UN and international law. This resolution is passed annually.

November 15
Guantanamo Naval Base starts to be used as a prison.

March 12
US Trade embargo made permanent in response to the downing of the planes.

November 25
Five-year-old Cuban Elian Gonzalez found afloat in Straits of Florida.  After negotiations, the boy is returned to his father in Cuba. 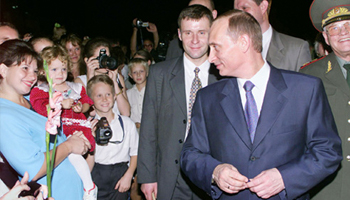 US to House Prisoners 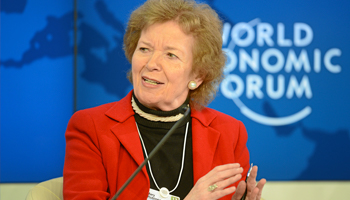 Number of detainees at GTMO reaches about 680.

An article in the NY Times reveals that 5 British citizens who were held at GTMO were beaten and tortured.  They were released to the British and never charged by the British. 5

May 15
Following a Freedom of Information lawsuit by the Associated Press, the Pentagon releases a detailed list of GTMO detainees.6

June 29
In a 5-3 ruling, the US Supreme Court places limits on the government’s ability to try detainees.7 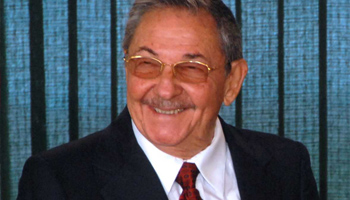 Congress passes a defense policy bill which limits the administration from trying detainees in a civilian court. 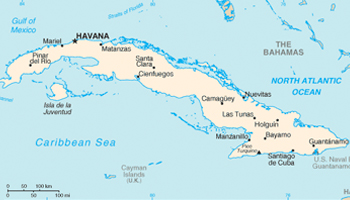 Senate Intelligence Committee Report on the CIA’s Detention and Interrogation Program.  Conclusion:  Torturing prisoners does not provide reputable intelligence or gain cooperation from detainees, but it does damage the international standing of the US.

Cuba Agrees to Talks with EU 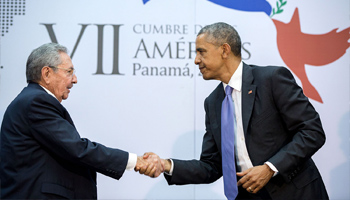 October 11
Cuba sends more medical professionals than any other country to assist with the Ebola outbreak in West Africa.

US Eases Travel and Business Restrictions

Cuba Establishes Banking Ties in US 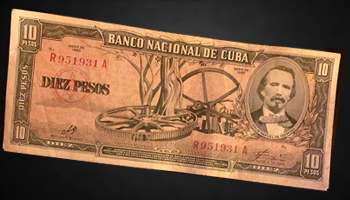 May 19
Cuba diplomats gain access to banking services in the US.

US and Cuban Reopen Embassies

July 1
US and Cuba reopen embassies and exchange charges d’affaires for first time in 54 years.

March 27
President Barack Obama makes a historic three-day visit to Cuba, the first US president to visit Cuba in 88 years. 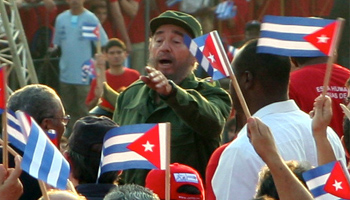 Additional detainees at GTMO are transferred abroad. As of January 2017, about 40 detainees remain at GTMO.

January 12
President Barack Obama ends the Cuba “Wet foot, Dry foot” policy that allowed any Cuban who makes it to US soil to stay and become a legal resident. The policy dates from 1995 under US President Bill Clinton. 8

January 17
US President Donald Trump says he will not close Guantanamo Detention Center. 9