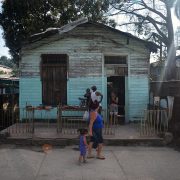 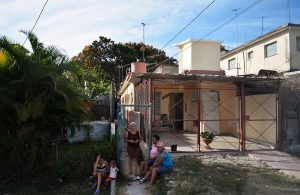 History is too frequently mistaken as objective truth when, in fact, perspectives of moments taken place years, decades, and centuries past slowly fade away with each generation until those moments are oversimplified by the loudest voices. We get wrapped up in bookmarking events and martyrs, often forgetting what matters most – the spirit of the people. Raised in a post-Cold War America supposedly void of the Red Scare, the only mentions of Cuba were paired with stories of war, human rights violations, pork sandwiches, and classic cars. I arrived in Havana with few expectations, and left questioning my own subjective history of the complex relationship between the United States and Cuba.

Thanks to the easing of the blockade of American tourism in Cuba and the Historic Preservation and Community Planning program at the College of Charleston, I made a brief visit to a culture not even remotely my own in March 2016. We were greeted by a city anticipating the historic visit of President Obama in the weeks to come. Our scheduled tour included meeting with representatives of the City Historian Office, and taking tours of Old Havana, museums, historic sites, and universities. 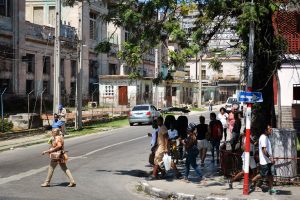 To describe Havana as a city frozen in time doesn’t quite do it justice unless you isolate yourself to the thriving public squares of Old Havana whose perimeters are defined by the pristinely and newly restored restaurants, hotels, galleries, and churches which surround them. Even then, banners sometimes portray the before and after images of the remarkable transformations from ruins back to their original state. Much like the buildings, the once abandoned plazas are alive again with school children, public art installations, street performers and the like. A historic city with preservation motivated by tourism, we soon realized Havana and Charleston have more in common than not.

The strategy of the city is to preserve these central plazas and work outward – focusing on the perimeter and the connecting streets, often ignoring the residential structures in disrepair. Stepping off of the plazas, there is a stark contrast between the places where people visit and the places where people live. With privatization and government incentives for preservation, this is beginning to change but not without consequence. 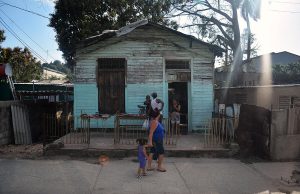 Inspired by the lives I observed as an outsider in my first twenty-four hours in Cuba, I pondered over how I could possibly preserve this transient moment in our tangled histories when the intangible heritage of the people of Cuba might drift away at any given time. The language barrier proved intimidating and prevented me from documenting their stories directly. I immediately became entranced by the scenes flashing past my tour bus window – creating my own stories of the masses of individuals waiting for public transit or hitchhiking along the highway, the dilapidated colossal mansions at the city’s center, the street art consuming vacant walls, and the people who interacted with and among them. My preconceived notions of a culture oppressed by its communist rule were immediately invalidated by the richness of the spirit of its people. It was then that I turned to my camera. Often on rides between locations with the comfort of a dividing wall, I attempted to capture images of the underrepresented people of Cuba.

There are few places in the world changing more rapidly than Havana. It is incredible and unsettling to think that the people of Cuba might be simultaneously freed yet endangered by the changing social and political climate accompanying the reintroduction of relations with the United States – the precise event which allowed me to travel to the island in the Caribbean my country so long ignored. We must embrace the people with all that they are – not all that we expect them to be.

Memories of the Mariel Boatlift
Scroll to top