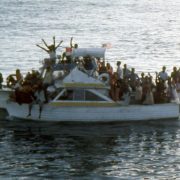 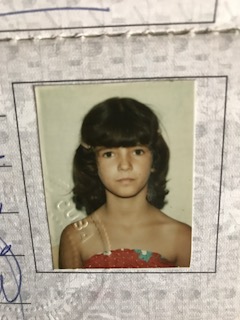 About the Mariel Boatlift

The Mariel Boatlift was a mass migration of Cubans who left the island from Mariel Harbor and headed to the United States between April 15 and October 31, 1980. This event was precipitated by a sharp downturn in the Cuban economy, and by the efforts of Cuban people to find freedom and economic opportunity.
The migration was organized by Cuban-Americans and approved by Cuban president Fidel Castro. Both the large number of immigrant coming to the U.S., and the discovery that many of the refugees were from jails and mental health facilities in Cuba, created problems for President Jimmy Carter. The Mariel Boatlift ended in 1980 after approximately 125,000 Cubans reached Florida.

I was born in 1974 to a single mother, Debora Perez Salcedo, and later recognized as the legitimate child of Pedro Perez at the age of six. I was raised by my stepfather, Francisco Jose de la Torres, a black man and my ultimate hero. I was very close to my maternal grandmother, Irma Ines Perez, who also helped raise me until I left the country at the age of nine.

On May 15, 1980, my mother came into my room and my brother’s and asked us to hurry up and get dressed. It was 3:00 a.m., and she had already laid out on top of our beds the clothes that we were going to wear on. She said, “Hurry up kids. The driver is waiting, and you will need to brush your teeth before you go.” We dressed fast and went into the kitchen to find a cup of milk and some toast waiting for us on the counter. My mother said, “No time to eat that now. You can have it on the way.” I recall looking at my brother and thinking, “On the way where?” But neither one of us asked. We simply followed directions and moved fast. I remember looking back at our house as the taxi went down the hill from where we lived. At that moment I did not know this would be the last time I would see my home, my neighborhood, my friends and everything I had known for my entire life. When we arrived at our destination, my father paid the taxi driver. I recall my mother taking off her gold watch that she always wore and reached over to the driver and handed it to him. “Here, you take it. I’d rather you have it. If these people [Cuban guards] see it they’ll take it away from me anyway.” 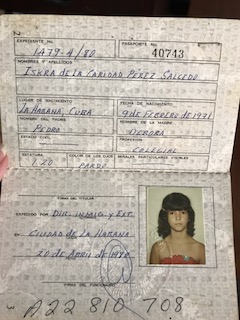 We walked into a room full of people standing in lines. All I remember is my mother telling us was, “Whatever happens, you need to stay very close to us all the time. Please don’t walk away from us and don’t stay behind.” At that time, Cuban guards asked everyone to form two lines one for males and one for females. My father took my brother‘s hand, and I stayed with my mother.

I recall going through a metal detector and a female guard asking my mother to step into a room. I went into a room when she was asked to get undressed. My mother took everything off except her underwear and her bra. The guard came back through the curtain and yelled at her, “Did you not understand when I told you to get undressed?” My mother answered, “I understood. I’m undressed.” To that, the guard responded, “No, I mean everything. We want to make sure you are not hiding anything.” As she removed her bra and dropped her underwear, my mother assured her, “I have nothing to hide.” The guard made my mother spread her legs as she took her baton and passed it along her inner thighs. I could see the look of humiliation on my mother’s face as she looked into space trying to ignore the reality of the moment.

After being processed through the Cuban immigration authorities, we entered a big campground with large tents. People were everywhere – young, old, entire families – all gathered together in small spaces inside big, olive-green tents with poles grounded in red dirt.

The next three days would become a nightmare. We were fed rotten food and water was limited to two ounces per person per meal. There were no showers and water was turned on only two times a day. The bathroom facilities were inhumane – just a thin concrete floor with a hole in the middle, some cold running water and a hose. There was one facility for men and one for women. At night, we were given quarter-inch “mattresses” to throw down on the red dirt to sleep on.

Splitting Up the Family

There were 13 members of our family waiting to leave. My grandfather made the family promise that we would leave together. However when the buses came, guards would call out groups of two, three or four at most. By the third day, we had to accept splitting up the family into smaller groups. My grandmother, grandfather, and the youngest daughter and her husband, were the first to leave. They were lucky to make it to the U.S. within eight hours of leaving Cuba.The second group would be the eldest daughter with her husband and their three daughters. They also arrived in Key West with no issues.

It was dusk when my immediate family boarded the bus. We were transported from the camp to the marina, but all the boats were full and no boats were allowed to leave until the morning. We, therefore, had to spend the night inside the naval shipyard near the marina.There we found a concrete table where my mother laid me to sleep for the night. When I awoke, I heard my mother telling someone, “Unfortunately, our last meal was yesterday morning when I gave them yogurt because the food they gave us in the afternoon was spoiled.” The woman reached into her purse and took out a sandwich and handed it to my mother, “Here, please have this. I bought it for my children, but I have others. They were selling it at the embassy. We were fortunate to have food at all times.” I still remember my mother’s tears as she took the sandwich because she knew the sacrifice the woman was making. My mother called my brother and me and split the sandwich and asked that we please go and thank the woman.

May 17, 1980. It was a very hot day as we were again transported from the shipyard to the marina. I remember seeing many boats along the shore. Some were full of people, others were being packed with people, and other boats were waiting offshore to come into the marina. We got into the smallest boat in the marina, a 26- footer with 26 people packed inside. After a few hours the co-captain announced that the ship had lost one of its engines. She asked that everyone throw overboard anything that was not necessary for the trip. She also said there was space in the cabin for women and children who needed relief from the sun.

My mother asked my brother and me to go into the cabin so we could get relief from the sun. It was packed with women and children. Within 15 minutes, an older woman became sick, and it took no time at all for everyone in the small space to start throwing up the small amounts in their stomachs.

After a few more hours, the captain came out to thank everyone for their cooperation. He wanted everyone to feel safe. Unfortunately, at 5:00 in the afternoon, we heard the announcement that the boat had lost the second engine. I remember hearing the panic in everyone’s voices. We had lost sight of the island of Cuba, and the boat started to drift toward the Gulf of Mexico. The sun had started to set and just as we lost hope, we saw a U.S. Coast Guard boat. Everyone started cheering. It did not take long for the cheering to stop once we saw the Cuban Coast Guard approaching. Suddenly the boat became a church, and we started to pray. We knew if the Cuban Coast Guard got to us first, we would be returning to Cuba. Apparently someone heard our prayers because the U.S. Coast Guard got to us first.

Within 30 minutes, the U.S. Coast Guard had sent a smaller rescue boat our way. I still remember the cheering of the crowd. It was dark when the Coast Guard rescuers arrived. Two rescuers boarded our boat, and the other two rescuers remained on their boat. I can still see the dark waters surrounding the boat. It did not take long to have the rescue logistics in place.

Rescuers called for women and children first. My brother and I would be among the first to be rescued. I saw the first few rescues and my heart nearly stopped. Since the Coast Guard vessel was much bigger than ours, it could not come very close to our boat. Therefore, the rescuers had to throw the children from our boat to asmaller rescue boat. I remember the panic I felt as my turn got closer. I kept holding on to my mother until the last moment when she said to me, “You’re going to be alright. Look how everybody is already on the other side.” I remember closing my eyes as I was thrown to the rescue boat, terrified of falling into the deep dark waters all round us. The entire rescue operation must have taken two hours. I recall a rescue helicopter coming for a pregnant woman and a very old lady who didn’t feel well. Once they were gone, the transfer continued with children, women, men and last, the captain and co-captain of our boat.

Once reunited with my mother, father and brother, we got some ice chips. I was on that boat for about an hour and a half, and then I saw the biggest boat I’d ever seen. It was majestic. Once again we were thrown from a smaller boat to a larger ship. Then fear again took hold of me, and I did not want to let go of my mother. I closed my eyes until it was over.

I fell asleep on my father’s lap on the floor after we were given food and drinks. When I woke the next morning, the entire experience felt so unreal that I thought it was a dream. The ship had spent all night rescuing others, but now we were only half an hour from our new life. As the land got closer, everyone started cheering and applauding. For me, a nine-year-old girl who felt very confused about everything that was happening around me, it would take years to adapt to my new life.

Iskra Perez Salcedo, a resident of Charleston, S.C., is married and has three adult children. She is the CEO and owner of IPS Accounting Services & Consulting, an outsourced CFO and accounting firm, as well as Charleston Events Planning, an Events Planning and Design Firm. She is treasurer of the Hispanic Statewide Parade and Festival, and is currently serving on the board of the Caribbean Festival. She is the founder of the first Hispanic Women’s Entrepreneur Group in Charleston, S.C.

Tourism & the People of Cuba