Blog - Latest News
You are here: Home / Faculty Perspectives / The Life and Afterlives of Che Guevara 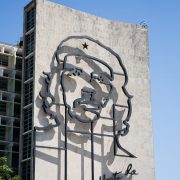 By Dr. Lisa Covert
College of Charleston
Department of History 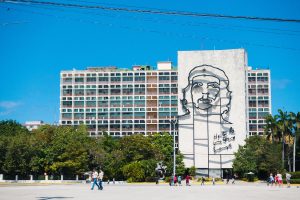 One of the most famous, enigmatic, and controversial figures to emerge out of the Cuban revolution was not even Cuban. Ernesto Guevara de la Serna, an Argentinian better known as “Che,” became a symbol of the revolution in Cuba but, more than that, his vision for revolutionary mobilization inspired anti-imperialist movements across the globe.*

Journalist Alma Guillermoprieto once called Che the “first Latin American” of the twentieth century, and this characterization rings true on multiple levels. His travels literally connected him to peoples and struggles across Latin America, from his political awakening on his now legendary trek across South America to his time in Guatemala during that country’s revolutionary spring, and from his momentous encounter with Cuban revolutionaries in Mexico, to his ultimate demise in the Bolivian highlands. He used his middle-class upbringing to shape shift, bridging the divide between urban medical student, rural guerrilla fighter, and United Nations delegate. It is easy to see how he came to represent the hopes and fears of so many across Latin America during the turbulent 1960s.

Yet Che became more than the “first Latin American.” He envisioned a world where colonized and oppressed peoples could chart their own course, determine their own destinies. His ideological commitment to “making revolution” and his wanderlust took him around the world, from China to Yugoslavia to the Congo. He exemplified the unification of theory and praxis, leading other revolutionaries by example on the frontlines of the struggle. His influence extended beyond battlefields and shaped debates in the non-aligned movement and the anti-Vietnam War movement, the Black Panther Party and the Young Lords Organization.

Guevara is best known for advancing foco theory (foquismo), which views armed insurrection as the most expedient path to revolution, rather than the more gradual methods of consciousness-raising preferred by others on the left. The idea was to create the conditions for revolution rather than wait for them to happen, and this method required a high degree of risk and commitment on the part of revolutionary cadres. Ultimately, Guevara’s vision was too idealistic, underestimating the resolve of those invested in the status quo and overestimating the zeal of would-be revolutionaries. It also failed to account for the other critical factors that contributed to the success of the guerrillas in Cuba. Nonetheless, he captured the imagination of people around the globe during the last decade of his short life, and even more so after his death. 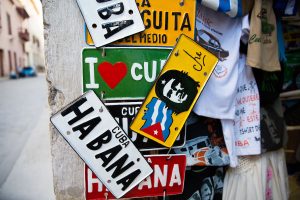 Indeed, the counterinsurgent terror unleashed on the Americas in the decades following Che’s execution serves as a macabre testimony to the efficacy of his call to revolution. Urban and rural insurgents, inspired and emboldened by the Cuban example, dared to take their futures into their own hands. A swift and fierce state-sponsored backlash spread across the Southern Cone to the Rio Grande, with help from the neighbors in the United States. To paraphrase Gabriel García Márquez’s 1982 Nobel Prize acceptance speech, Latin Americans have not had a moment’s rest. The toll was unbearably high with hundreds of thousands dead, countless more disappeared and displaced, fragile democracies shattered by authoritarian regimes. Even the Cuban revolution faltered, becoming increasingly dependent on the Soviet Union and increasingly intolerant of dissent.

Perhaps it is because Che died relatively early on in this period of violence and the redoubling of counterrevolutionary efforts that his image remained a symbol of defiant rebellion and anti-imperialism. Like other revolutionary figures who became martyrs for a cause, he was elevated to mythical status. Whereas the Castro brothers, his Cuban partners in revolution, aged and became bogged down in bureaucratic responsibilities and economic hardships, Che could forever remain youthful and uncompromised. On the other hand, his most iconic image, captured by photographer Alberto Korda, has enjoyed quite the afterlife. In an ironic twist that betrays Che’s socialist ideals, his face has become a ubiquitous commodity. His image has been reproduced and appropriated so many times that it has become divorced from the historical context that made Che one of the world’s most recognizable figures in the first place.

The history of Che’s life and afterlives provides a compelling window into some of the most dramatic events and pressing challenges of the second half of the twentieth century. It provides a front row look at the many hot spots of the “cold” war. It helps us understand the extent of the repression, inequality, and injustices that contributed to a worldwide revolutionary fervor. And it sheds light on the debates between individuals, communities, and nations, over how to bring about a more just future. Finally, because many of the conflicts and challenges of the twentieth century remain unresolved, a look at Che’s life and times can enable a better understanding of his resonance in the twenty-first century.

*I am grateful to Grace Barry, whose research in my history capstone seminar enhanced my understanding of Che’s broad influence. I would also like to acknowledge the ILAS grant I received from the College of Charleston’s Committee for Innovative Teaching and Learning in the Liberal Arts and Sciences, which funded the research for this essay and for course development and enhancements.

Want to join the discussion?
Feel free to contribute!